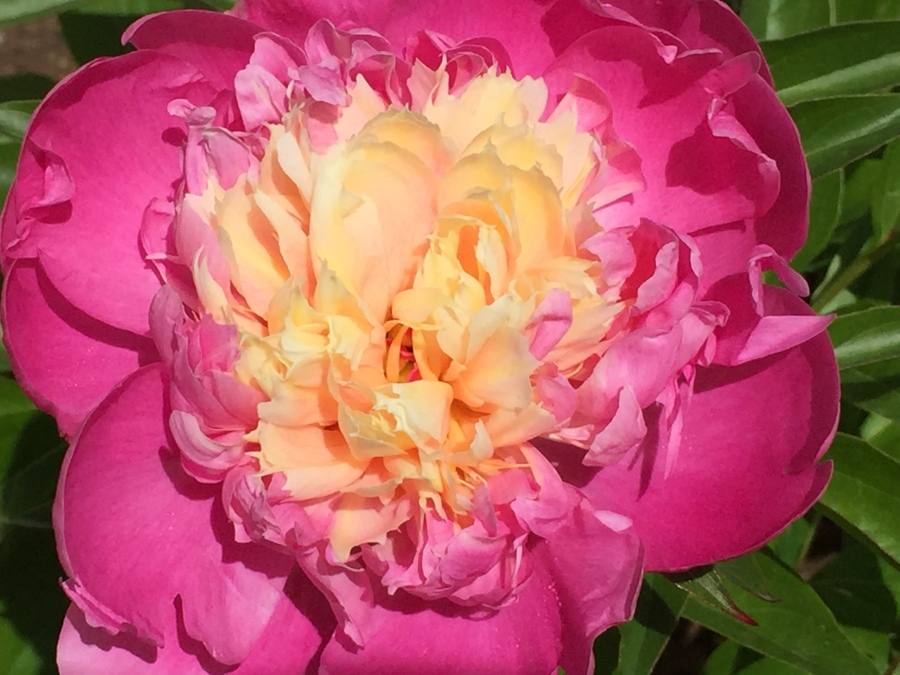 Polyamory. Heard of it?

It is a lifestyle choice. It is the belief that ethical non-monogamy is a more natural way of love and life for some (not all) people. It rests on the belief that no one person can meet all of your needs. No one relationship can fulfill you; that monogamy is not a natural state for many people. It sounds good in theory – intellectually it makes a lot of sense. Emotionally, put into practice, it is hard as fuck. My marriage of 11 years did not survive this new lifestyle. My marriage that I believed to be unbreakable, that I thought would stand the test of time, is over. And polyamory had a lot to do with it’s demise and down fall. But so did I and so did my soon-to-be ex-husband.

Years ago, I fell for someone, a close friend, and had to tell my husband. It was one of the most difficult things I have ever had to do. I knew it would break his heart. He took it hard, he fell apart. Something in him broke and he reached out to a mutual friend for support. Through his processing with her, he broke some more. He cracked wide open and finally saw he had been living a lie. A life detached, a life lacking in emotional intimacy and connectedness. He reached out to me to share these life-altering revelations. He sought me out for support and understanding and compassion. All I could see was that my husband had fallen in love with another woman and I reacted to his new self with fear, hurt, terror, and confusion. I was scared. If this new man was vulnerable and had access to a wealth of emotions he once lacked, what did that mean for me? For us? Would he still love me? Would I still love him? Would we still fit together the same way we had for the past 16 years?

The answer was, ultimately, no.

His newfound ability to love deeply felt profoundly threatening to me – and I revolted against it. He had been my rock, my safe space, my stable, solid, MAN. This new person not only felt, he cried! He loved another! From my twisted perspective, all I could see was his love of another woman outside of our marriage. I flat out rejected his new self because I wasn’t ready to face these huge changes in the man I loved. And as a result, the love he now had access to was taken away from me (slowly over time) and given freely to another, and then another, and another.

My childhood trauma and codependency were in control of my emotions from that moment on. I felt abandoned, lost, and terrified. Who was this stranger I was living with? The codependency was the main culprit at play, undermining and driving my emotions. I don’t believe that either of us knew just how fractured our relationship had become. He was the mirror through which I saw myself, my self-worth, my emotional self. I used him to regulate my own emotions!! It was twisted. When I saw him loving another, I tanked and I couldn’t find my way back to him or to us.

My world was thrown into chaos and I reacted to his newfound love and said “NO”. You can’t love her. You can’t be with her. It is too scary, too mean, too hurtful, too much. I broke their love, I broke their relationship, their friendship, our friendship, and his heart. I thought what I was doing was right. I believed that she was trying to steal him and she would take him from me, from my family. But the truth was, every time he went to see her or would talk to her, I was left feeling empty and invisible.

That friends, is codependency. No sense of self whatsoever.

My trauma and codependency fed me insecure lie after lie after lie. My husband was growing and changing and blossoming into the man I had always wanted him to be and instead of growing and changing and blossoming along side of him, I was being swallowed alive by an internal struggle driven by fears that my traumatized 9-year-old self could not make sense of. He was leaving! He didn’t love me! He wanted someone more than me! I am not good enough! I am worthless and unlovable! I was no longer in complete control of my emotions after a lifetime of keeping them in check. The demons, those panicked moments and triggered thoughts had always been there. But I had kept them under lock and key because I knew, subconsciously, I didn’t possess the emotional strength to deal with them.

And that is one of many reasons polyamory can be so dangerous. Especially for those of us living a lie. Those of us who have spent a lifetime burying emotions, compartmentalizing them. It brings to light all of those things we have packed away. Things we are unwilling to face.

Ignoring. Not living. Not awake. Separate and cut-off from feeling and loving and seeing people and ourselves in their truth and light.